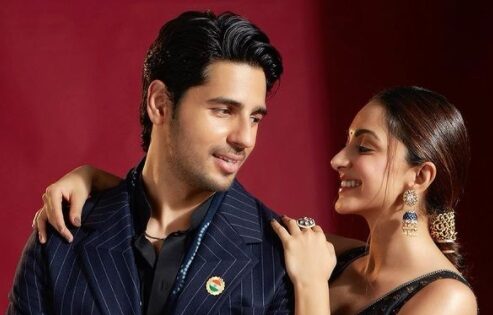 The date of Sidharth Malhotra and Kiara Advani’s wedding has been the subject of rumours for several weeks. The wedding has been postponed to 2023 from its original date of 2022. According to sources, the wedding would most likely take place between the cities of Mumbai and Delhi. The shaadi’s logistical logistics and matching of dates have been the focus of both families’ nonstop efforts. The ritualistic wedding date has not yet been determined.

The wedding season is currently in full swing, but Kiara Advani and Sidharth Malhotra are one Bollywood couple who decided to skip the season and are set to wed in the early months of 2023. The pair has decided on two key places for their impending marriage, according to media reports. Additionally, the families of Malhotra and Advani have worked out the logistics, and a formal announcement regarding the wedding date may take place shortly.

The Oberoi Sukhvilas in Chandigarh would reportedly be one of the wedding sites, according to a report by India Today. Given that it is close to Delhi, Sidharth Malhotra’s family who reside in the capital will find it convenient. A grandiose reception would then be held for business associates and friends in Mumbai.

Both Sidharth and Kiara are currently preoccupied with their respective shoots. While Sidharth has finished filming for both Yodha, in which he stars opposite Disha Patani, and Rohit Shetty’s Indian Police Force, Kiara is now filming for RC15 with Ram Charan.

Cinnamon Homes- Displaying the Unique Trend of an…